Dean's first new CD in 5 years! 13 brand new songs, lyrical soundscapes and storysongs, bursting with life, love and survival in a surreal world. One of Dean's best albums, yet. Contains instant classics like 'I'm a Lucky Guy', 'Under the Weather', 'Essie May', 'You're a Criminal Darling', 'Calamity Waltz' and more. Plus a special rebuttal to Half Man Half Biscuits, bestselling EP track, 'The Bastard Son of Dean Friedman' - 'A Baker's Tale', the unvarnished (and hilarious) truth about Nigel Blackwell's dubious origins. Guaranteed to deliver decades of listening pleasure. Order two and give one to a friend! ;-)

Songs:  Submarine Races, I'm a Lucky Guy, You're a Criminal Darling (You Stole My Heart), Under the Weather, Luddite's Lament, Calamity Waltz, A Baker's Tale, Essie May, Crazy as a Loon, You're Invisible, Smartest Man in the Whole Wide World, Let the Boys Come Home, Oddballs & Misfits

Squirrels in the Attic [2006] - Dean's newest offering, Comedy Songs for Adults  Definitely not for kids!  But, if you're a fan of Dean's comedy songs like S&M and the Deli Song and enjoy the whimsical humor of Ariel and McDonald's Girl, you'll love this new album. And If you're worried about global warming or the coming ice age, if you contemplate wreaking serious havoc upon your next-door neighbors,  if today's incessantly depressing headlines causes you to miss Monica Lewinsky,  if you occasionally indulge in an herbal remedy or if a constant barrage of email spam has finally caused you to question whether or not you, uh, measure up... well, then this album is definitely for you.

Songs:  I Miss Monica, I'm a Clone, I Never Really Liked You All That Much, Doint, Doint, It's Just a Little Joint, Death to the Neighbors, 4 More Years, A Terrible Pickle, Arab Man, E.S.P., Baby Sitting Song, It's My Job, Fuck Buddies, Humdrum, Just the Right Size.

The Treehouse Journals [2002] - The Treehouse Journals is a wonderful,  eclectic mix of folk, country, pop, jazz and rock which depicts, in subtle and intimate detail, the feelings and textures of life in small-town USA. Features George Washington Slept Here plus, Saddest Girl in the Whole Wide World, You and Me, Babe, Summer Days, Picture Postcard Life... Wonderful new songs by a uniquely gifted songwriter at the peak of his craft.

Songs:  The Wind Blows,You and Me, Babe, Welcome to the World, Summer Days, No School Today, The Saddest Girl in the Whole Wide World,  Who Was The One?, One Autumn Afternoon, Amelia , Happy Ever After, Picture Postcard Life, Like A Swan, George Washington Slept Here.

Songs for Grownups [1998]- This amazing 28 track collection (2 CD's) contains some of Dean's most beautiful work. Classic songs like Saturday Fathers, Jennifer's Baby, Sandy, Hob-Nobbin', The Dolphins Were Dancing, Little Black Cloud, Dodo, Where Have All The Angels Flown?, confirm Dean as one of the pre-eminent songwriters of his generation.

Songs: (Disc One) Sandy; Hob-Nobbin'; Saturday Fathers; Little Black Cloud; Jennifer's Baby; Don't Mourn, Don't Cry; Wishing on a Satellite; It's Only Make Believe; Dodo; Where Have All the Angels Flown?; The Dolphins Were Dancing; Sometimes I Forget; God of Abraham; It's a Wonderful Life; (Disc Two) Typical Town; She's a Working Mom; Put You in My Pocket; No One Knows; Don't Marry That Boy; Under a Canopy; Multimedia Man; New Lang Syne; Maybe in a Million Years; Ayamba Yayahu; Hey, Hey, Hillary; How Does This Story End?; Hale Bob She Bop; All Grown Now.

Rumpled Romeo [1981] - Dean's 3rd album contains the classic hit 'McDonald's Girl', officially banned by the BBC, covered by the Barenaked Ladies and #1 in Norway. Rumpled Romeo is a romantic album filled with heartfelt teenage love songs. Contains some of Dean's loveliest compositions. In addition to McDonald's Girl, songs like Are You Ready Yet?, Hey Larry, First Date, Love is Real, I Will Never Leave You, evoke the passion and angst of those tender years. A rare delight.

Songs: First Date; McDonald's Girl; Are You Ready Yet; Hey Larry; Love is Real; Buy My Baby a Car; Special Effects; I Depend on You; Marginal Middle Class; I Will Never Leave You.

Bonus tracks on CD only: The Lakelands, Nookie in the Mail, Follow Your Heart, I Didn't Mean to Make You Cry.

'Well, Well,' Said the Rocking Chair' [1978] - Dean's classic 2nd album, containing the hits: Lydia, Rocking Chair and the classic duet Lucky Stars, as well as numerous popular favorites such as S&M, the Deli Song and Shopping Bag Ladies. Every cut a gem. This critically acclaimed album contains track after track of stunning musicianship and lyric writing - a perfect wedding of words to music, yielding uniquely original and richly creative songs - confirming Dean as a world class singer/songwriter and recording artist. A must have for any songwriting aficionado and fan.

Songs: Rocking Chair (It's Gonna Be All Right); I've Had Enough; Lucky Stars; Shopping Bag Ladies; Don't You Ever Dare; The Deli Song (Corned Beef on Wry); Lydia; S&M; Let Your Hair Down.

SORRY! THIS TITLE IS CURRENTLY UNAVAILABLE FOR SALE OR DOWNLOAD!

Dean Friedman (The First Album) [1977] - This eponymously named album was Dean's very first release. The first single, Ariel, an infectious pop tune about a pot-smoking, vegetarian Jewish girl, went Top 20 in the US, out-of-the-box, and launched Dean on his recording career. Ariel, along with an album of consummately crafted and eclectic tracks like Solitaire, The Letter, Company, Funny Papers and Love is Not Enough, served to introduce Dean as a major new singer/songwriter/recording artist. Where it all began.

Songs: Company, Ariel, Solitaire; Woman of Mine; Song for My Mother; The Letter; I May Be Young; Humor Me; Funny Papers; Love is Not Enough. 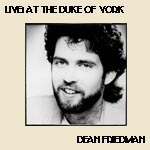 'Live! At The Duke of York'

Live! At The Duke of York [1985] - This is an early recording of a live solo concert by Dean, originally released on cassette and available now for the first time on CD-R. Recorded in 1985 at the Duke of York Theatre in London, the CD includes live versions of all the hits plus rare performance of songs such as The Deli Song, the VD Blues, Scratch & Bite and more. 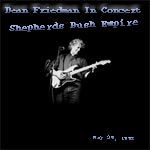 Dean Friedman In Concert [1998] - Sheperds Bush Empire - Rare recording of Dean with band performing May, 1998 at the Sheperds Bush Empire in London, originally recorded and broadcast by the BBC. featuring Michael Casswell - guitar, Tim Bye - drums, Pete Clarke - bass and Mix on saxaphone. Live full-band versions of all the hits and more. A must for collectors. 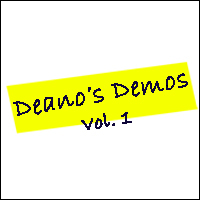 'Deano's Demos' Vol. 1. This outstanding collection of demos and out-takes consists of rare unreleased material including long-time fan favorites like, 'Little Green Lady', 'Hi-Rise Romance', 'The Kite Song', 'VD Blues', 'I Wanna Be President of the USA', 'Yo-Yo' and early demo versions of classic tracks like 'Woman of Mine' and 'Ariel'. PLUS, this CD contains the very first recording of Dean's very first song, 'Summertime', written and recorded when Dean was only nine years old! This track alone is worth the price of this CD. PLEASE NOTE: This collection is NOT for the casual listener. However, it is a 'must-have' for the serious collector. These are rare demos and out-takes and NOT full-production, studio recordings. They are, however, guaranteed to bring a smile to your face. 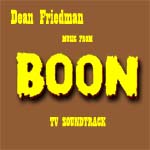 Dean's 'Kids Songs'  - Dean's popular collection of silly Kids Songs now available on CD only. Contains kid favorites such as I'm Somebody Too, Brush Your Teeth, Rub-A-Dub-Dub plus all the Safety Songs including Never, Never Play With Matches, Please, Please, Please, Don't Tease The Bees, That Stove Is Hot and many more. 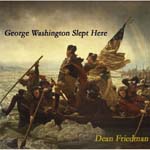 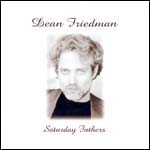 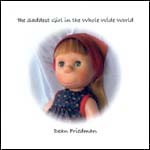