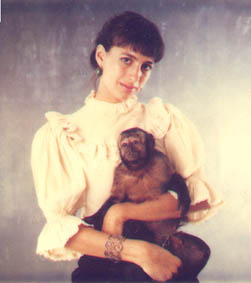 Alison and Amelia in a portrait shot for a book on people and their pets. Amelia is the hairy one. 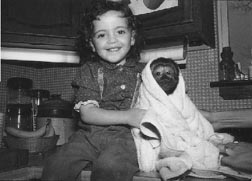 Hannah at 3, drying Amelia off after a bath. Alison had to bring Amelia to kindergarten to prove that Hannah wasn't lying about living with a monkey. 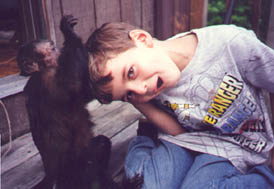 Amelia picking bugs out of Sam's head. This actually came in handy when the kids came home from school with lice, one day. She's also good at removing flees from the dogs. 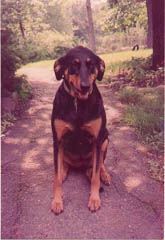 Here's Lylah, who we prefer to refer to as tubular (not fat). She's also been known to send email to my mailing list when the rest of us are sleeping (dainty paws, fast typist, but lousy speller.)

This is Bitty, otherwise known as the 'demon cat from hell'. Bitty has a very positive self image. He thinks he's in charge. And he is.

Here are our first dogs, Jessie & Barker,  who both went to dog heaven 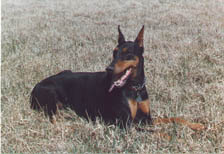 a few years back and never got to go to England because of  stupid, outdated and completely useless quarantine laws, which hopefully will be abolished soon. Jessie (right) was purebred Dobiegirl with the sweetest disposition except when she barked in the middle of the night at the slightest noise. She once came in 3rd place in the Cycle Dog Food Catch & Fetch Frisbee contest. (of course, there were only two other contestants.) 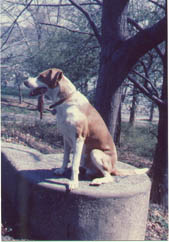 Barker (left) was a Heinz 57 variety mutt, but I liked to tell people he was a New England Fox Hound (no such breed) which seemed to impress people no end. Barker also is the only dog I ever knew with his own Visa Card. (no joke). He received it after joining the Columbia Music Record Club and paying all his bills on time. Actually, he had better credit than me, so he used to treat me to dinner now and then. 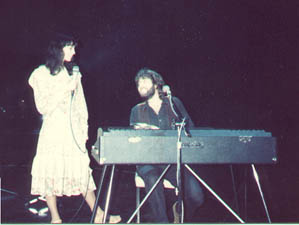 Alison and Dean singing Duo. I thought it was a great single, but Alison has hidden all the remaining copies. 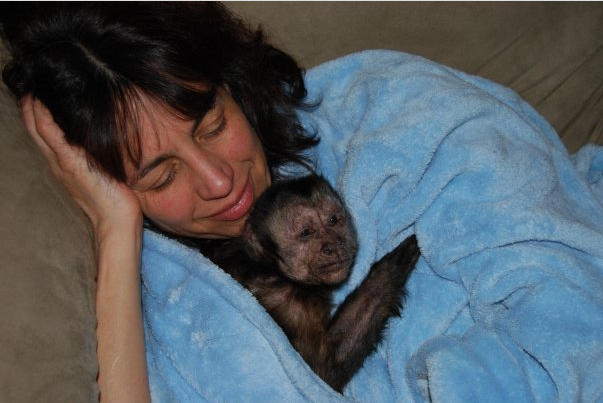 Alison and Amelia taking a nap. 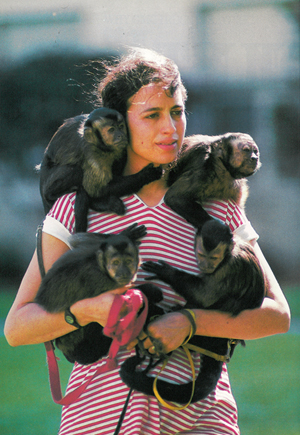