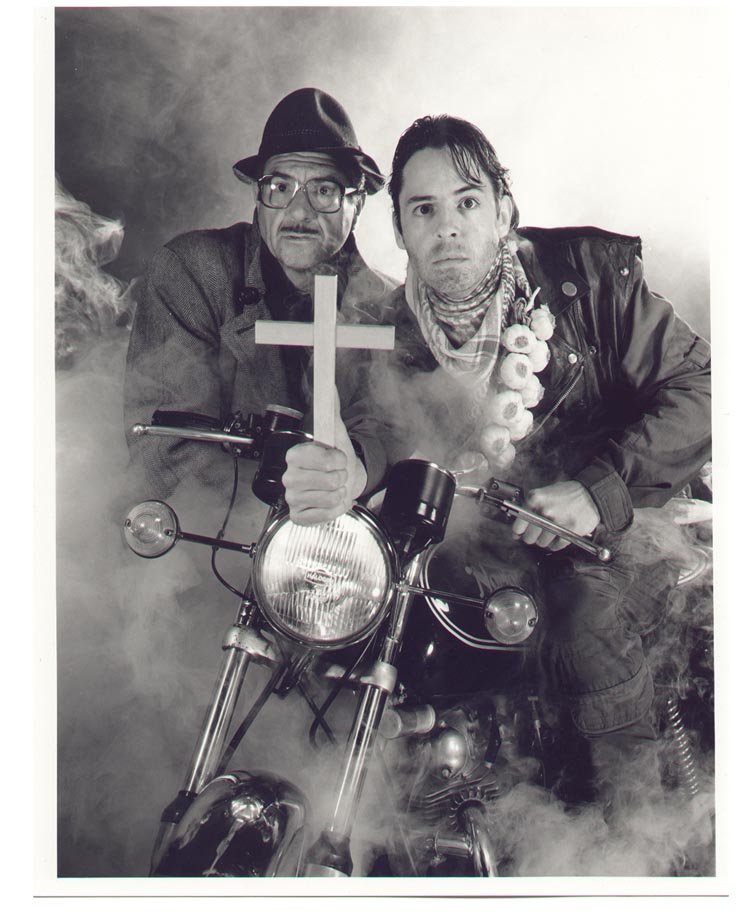 Michael Elphick and Neil Morrissey, stars of the UK TV show 'Boon', featured here in a promo still for the underground cult film classic 'I Bought A Vampire Motorcycle'. I did the soundtrack for the TV series and the film. The title track to the movie is 'She Runs on Blood, Not Gasoline'. 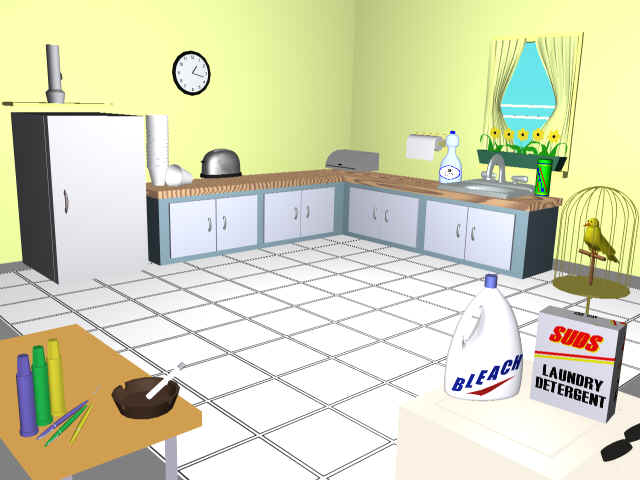 This is a 3D kitchen scene I created using Truespace as the background to an interactive InVideo exhibit on 'Household Toxins' produced in 1996 for the Cleveland Science Museum. All the objects are animated and the canary tweets and every time you touch an object, a squeaky voice explains what sort of horribly toxic poisons can be found right in your own kitchen. Click image to enlarge. 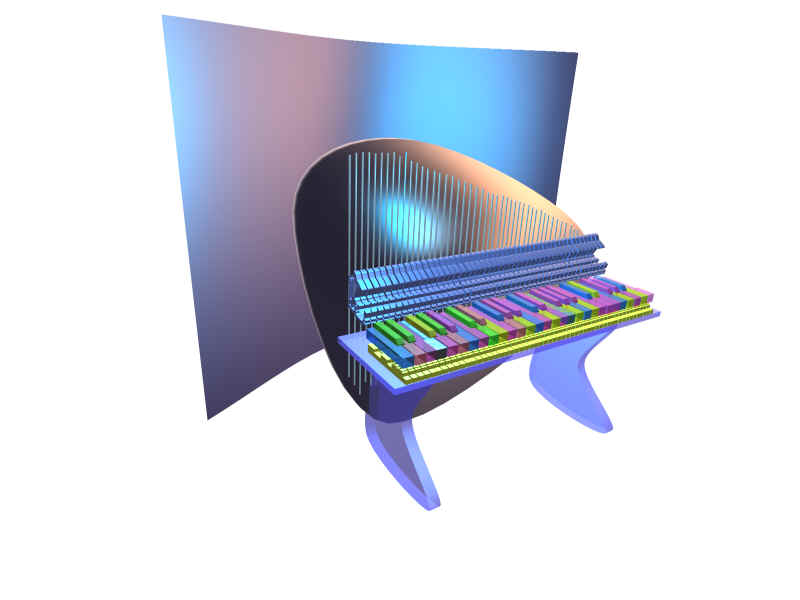 Here's a design I produced for the Science Museum in London. They were considering ideas for an exhibit on 'steel' so I designed a Steel Piano. They dug the design but it was too expensive to actually build.

Buzz, buzz, buzz. This is the Killer Bee from my very first InVideo VR game 'Eat-A-Bug'. The first version I drew for Nickelodeon TV was carrying a submachine gun and wearing dark sunglasses. They explained that being a kids network they had a strict 'no gun carrying bees' policy. 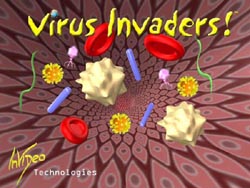